River Voices-Stories from the Wye by Marsha O'Mahony

On Friday 9th November, 2018 at Goodrich Village Hall Coppett Hill hosted an amazing turn out for the River Voices by Marsha O’Mahony talk with 120  people turning out on a wet and windy evening.  “I have never seen the hall so full, it was amazing” said Patrick Chatterton Company Secretary of Coppett Hill  “The talk was great and covered the river, the people who lived and worked on it, and was  glimpse into a lost world.  Everyone really seemed to really enjoy it.  Thanks to everyone who came and worked so hard to make the evening such a success.”

Marsha was really pleased and said “Huge thanks to you, Martin, Patrick, and the others, whose names sadly I didn’t catch, for making this evening such a huge success. Staggering really. That’s probably down to the mega promotion you did. What a job, what a turn out. I felt really supported so thank you for that too”. Marsha's book will be available to purchase shortly. Advance copies were available on the night of the talk and were snapped up by those who attended. The evening was jointly hosted by the Trust and the Friends of Coppett Hill and helped to raise valuable funds for the work of the Trust. 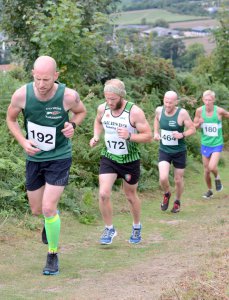 This Summer saw the Hill used as a venue for the Alan Sheldon Memorial Coppett Hill Fell Race. The event was very well attended and a great success.  Thanks to Dan Sandford for organising the event. More details to follow. 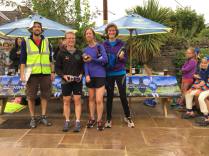 The ladies team are: (left to right): Cherry Fowler, Debbie Stenner, Fiona Turner.The Ladies' Race  winner was Rhian Jinny-Jones (so sorry Rhian but we don't have a photo of you!).

Men's winner Sam Jones who completed the race in 38 minutes and 8 seconds. He is shown receiving the trophy from Jane Sheldon, Alan Sheldon's widow. 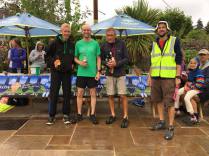 Shown in the photograph are Alex Lindfield, Lee Kibble and Paul Dodd. 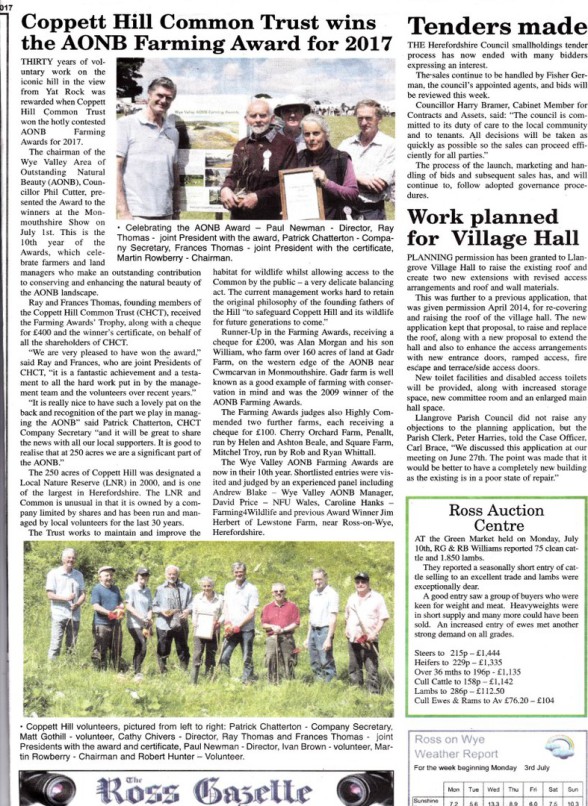